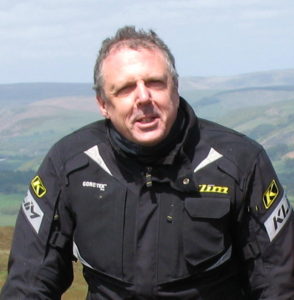 Mick has worked in the Pharma industry since 1979, working in both GLP and non-GLP histology (Discovery world)  environments, during this time Mick gained his Fellowship of the IBMS closely followed by a MSc in Biomedical Sciences/Cellular Pathology. He worked his way up to Histology lab manager, initially managing small teams of histologists to the present day where he is managing a much larger team spread across two sites. Mick has been involved with the EHF initially as a young green behind the ears delegate when it first started as the Industrial Histology Discussion group (IHDG) back in early eighties, getting elected onto the organising  committee in the early 2000s, later made vice chairperson and eventually to the present position of chairperson.

The European Histopathology Forum (EHF) started as the Industrial Histopathology Discussion Group (IHDG) in 1981. It was formed originally by a small group of like-minded scientific professionals working in innovative industrial research within the field of Histopathology.

IMPORTANT ANNOUNCEMENT:
The 17th Annual EHF Meeting (Date: 31st March & 1st April 2020) has now been CANCELLED DUE TO CORONA OUTBREAK SITUATION.
Please contact us if you required any further information.